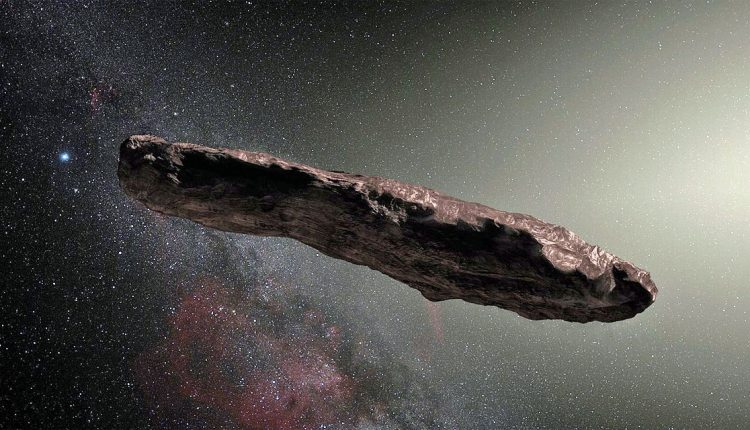 In 2018, our solar system ran into an object lost in interstellar space. This flying object named  ‘Oumuamua, a mysterious, interstellar object that crashed through our solar system and seemed to be long and thin,like cigar-shaped  tumbling end over end. Its name means “a messenger from afar arriving first” in Hawaiian. Is ‘Oumuamua is a strange asteroid ,or a comet ?Or the first interstellar visitor in the solar system? 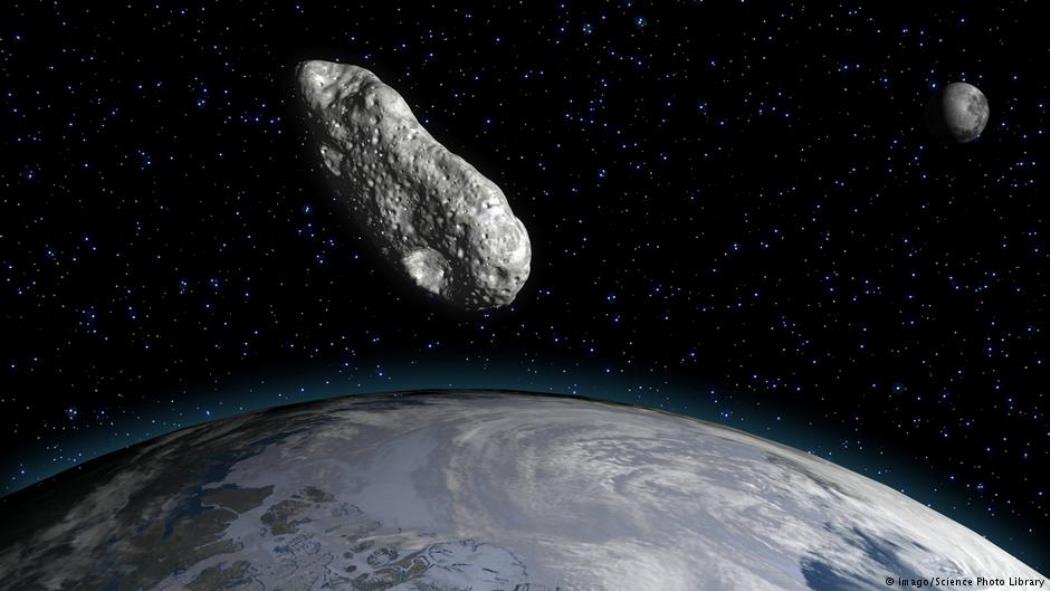 Oumuamua  might in fact be alien technology.One explanation? The object was propelled by an alien machine, such as a lightsail — a wide,a millimeter-thin machine that accelerates as it’s pushed by solar radiation.Even though scientists believe hat solid hydrogen  was blasting off object’s  surface and caused it to speed up, my hypothesis to what it was Oumuamua is:that the hydrogen hypothesis couldn’t work in the real world,which means that  our space was once visited by advanced aliens.Also,no hydrogen comet would survive such a long trip.Hydrogen icebergs don’t live that long in the galaxy. if I analyze this by scientific method Oumuamua It moved like a comet, but didn’t have the classic tail or outgassing .Is therefore an irregularly shaped asteroid.

Oumuamua was the first object ever seen flying into our solar system and back out again. This mysterious flying object turn circles around the sun.The sun strikes the comet, the warmest part of the comet bursts with gas, and that gas flowing away from the comet sends it tumbling faster and faster away from the sun. 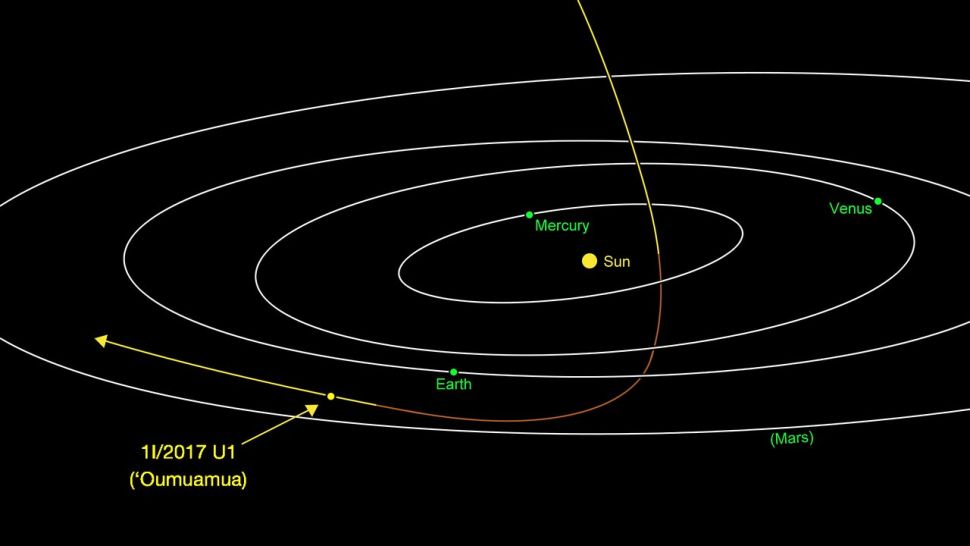 I upload for my research a photos-diagram that shows the orbit of the interstellar asteroid ‘Oumuamua as it passes through the solar system.While all asteroids and comets  have been bound in their orbits by the sun’s gravity, this weird space rock “Omuamua ” is not gravitationally bound. 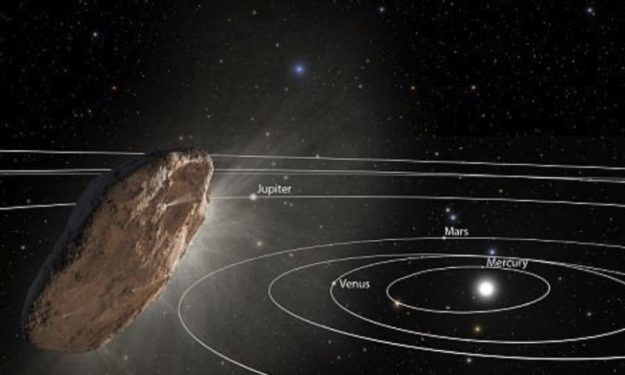 Scientists still aren’t sure what exactly was,few of them assume that ‘Oumuamua was a hydrogen iceberg that originated in Carina.But hydrogen icebergs are expected to come from giant molecular clouds, not parts of space like Carina.Then, close observations showed it was accelerating, as if something were pushing on it. 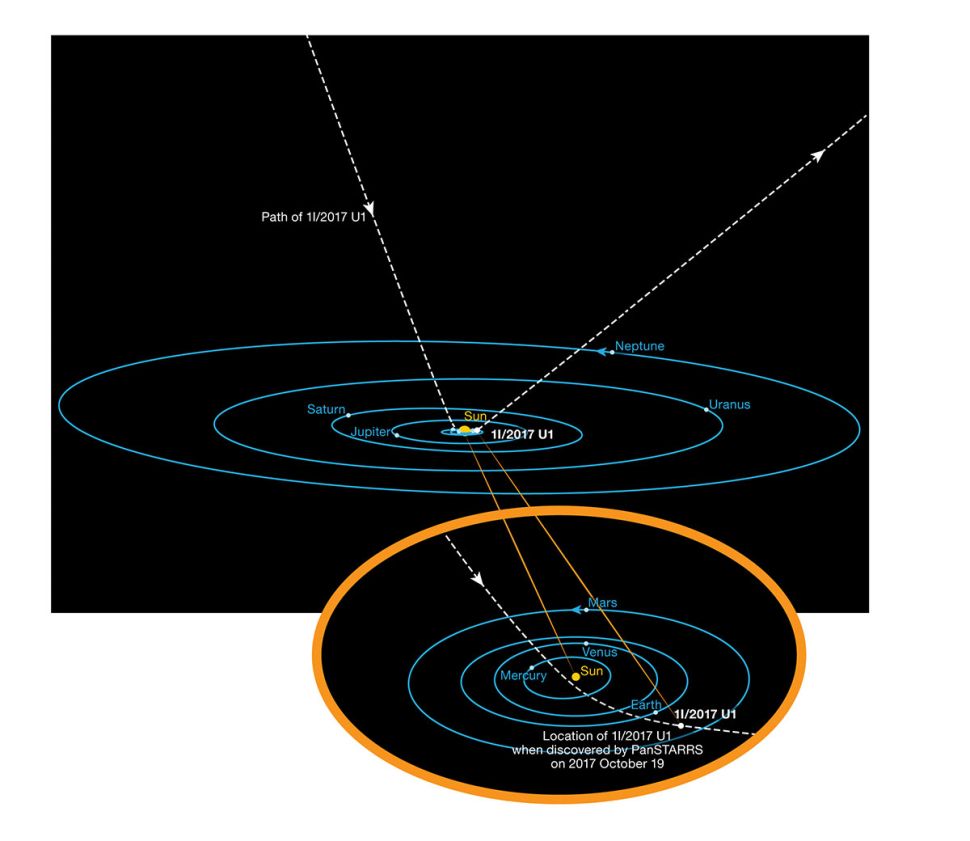 My opinion is that this specific flying object is an extraterrestrial space craft,look alike comet or asteroid (but is not) that visit our solar system and its  continue  traveling in the milky way at speeds of 196,000 mph, might have an “artificial origin.”Omuamua had various anomalies such as the unusual geometry inferred from its light-curve, its low thermal emission,suggesting high reflectivity,and its deviation from a Keplerian orbit.Very different and unique characteristics that cant not proof me is a “simple comet “visitor.Perhaps is  a fully operational probe sent intentionally to Earth vicinity by an alien civilization.My astro-instinct  that Oumuamua might have been targeted to intercept the solar system. 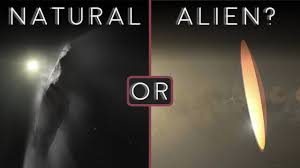 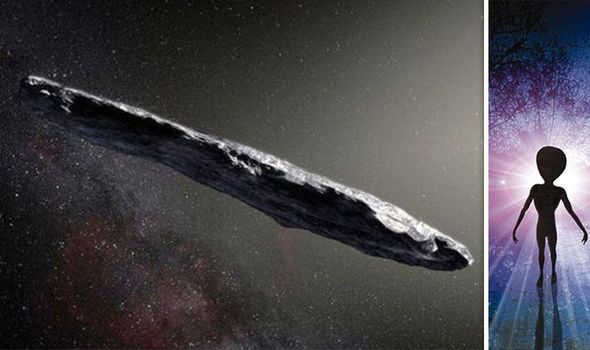 "The mysteries of majestic Pluto"!

My research about Saturn in spacenews.com