Astronomy :Degree in Extraterrestrial Intelligence (SETI), Extrasolar/exoplanets, & life in the Universe and Mars.

Member of the “ SETI Institute “,by Carl Sagan in Silicon Valley NASA, USA

Member of the “THE QUINCY JONES FOUNDATION”.Mr.Jones an Emmy, Grammy, Oscar, & Tony winner— holders in history at the helm, QJP is modeled after an inimitable legacy of excellence.OUR MISSION: We seek to foster authenticity at all levels of the creative process, without sacrificing integrity.

Member of  David Lynch Foundation,bringing a proven tool for healing and empowerment, the Transcendental Meditation (TM) technique, to those who need it most in Los Angeles.

In September 2021, Despina play in David Cronenberg new film “Crimes of the future”,a character of a Stage manager, where they cut her hand. She played with Vigo Mortensen.

In 2021 Despina Mirou co-direct & played in “Life in A Day “by Ridley Scott, and premiered in Sundance film festival 2/2/2021 and she played /impersonated Elton John in the film.

In October 2021 she continues her collaboration with “Pink Floyd”, in their exidition in “Vogue Theater” in Hollywood. A huge exidition for this tremendous music band. Is a music journey that spans over 5 decades of Pink Floyd’s iconic history, and Despina interview few legendary members.

In “Cannes film festival 2022 “,her David Cronenberg film “Crimes of the Future “ is nominated for awards.Also,in “Cannes Festival 2022″  her film “Tango Shalom ” have a screening premiere too.

In “Cannes film festival 2021 “,her film “So Long Marianne ” where she played Sophia Loren participated in the festival.Also,in “Cannes Festival 2021″ the distribution “Vision film company” buy her film “Tango Shalom ” and now the film screening  in all the USA cinemas,received 20 awards too.

In 2020-now  Despina  Mirou honored from UNESCO ,as the “Theatrical Director “ in 35 countries around the wold. 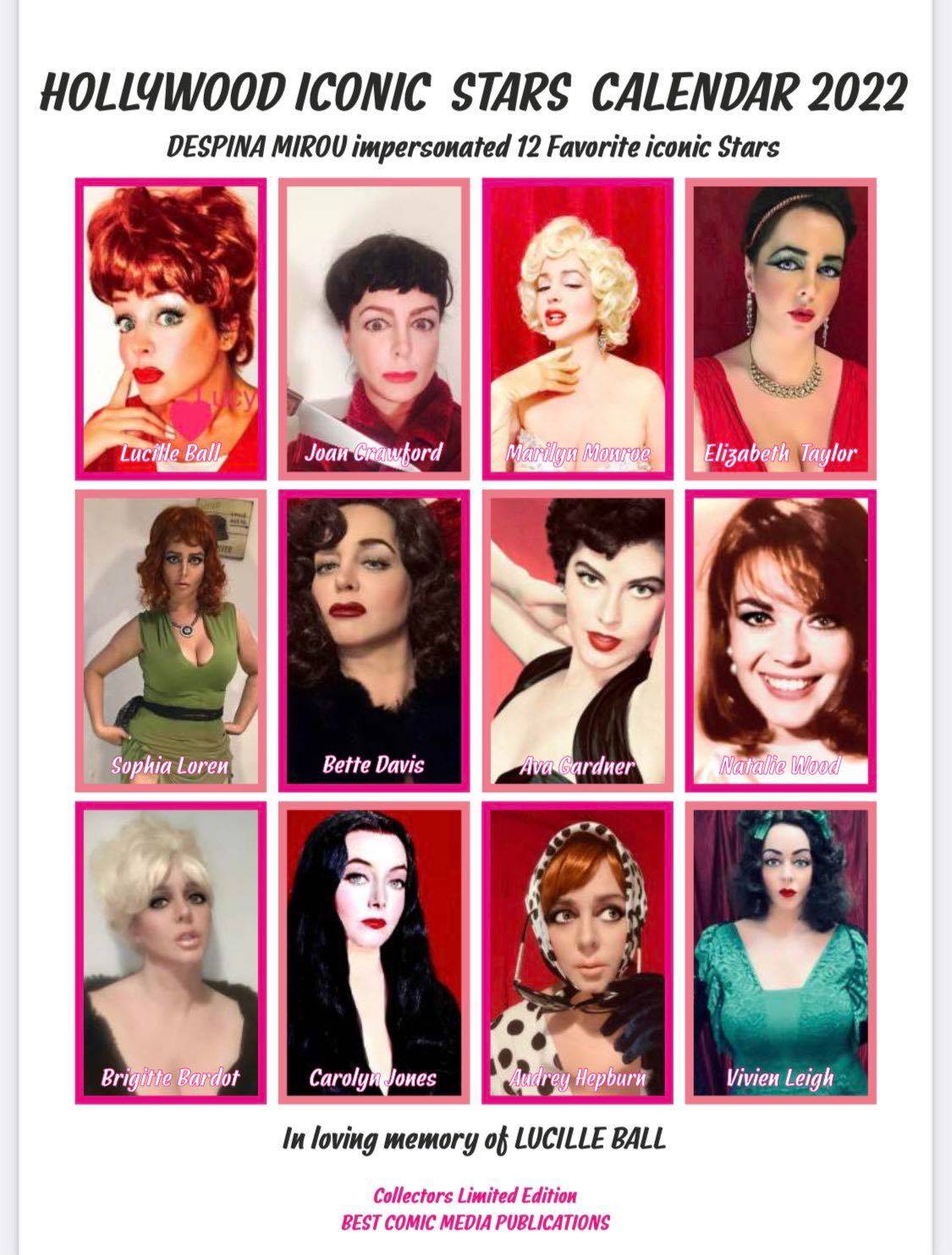 In 2021 she published a” COMEDY CELEBRITIES CALENDAR 2021”,where she transformed her self from Judge Judy, Jonny Depp to Lady Gaga ,Elton John,Freddie Mercury,Sofia Vergara,Eminem,David Bowie,Penelope Cruz,Ariana Huffighton, Lindsay Lohan etc. 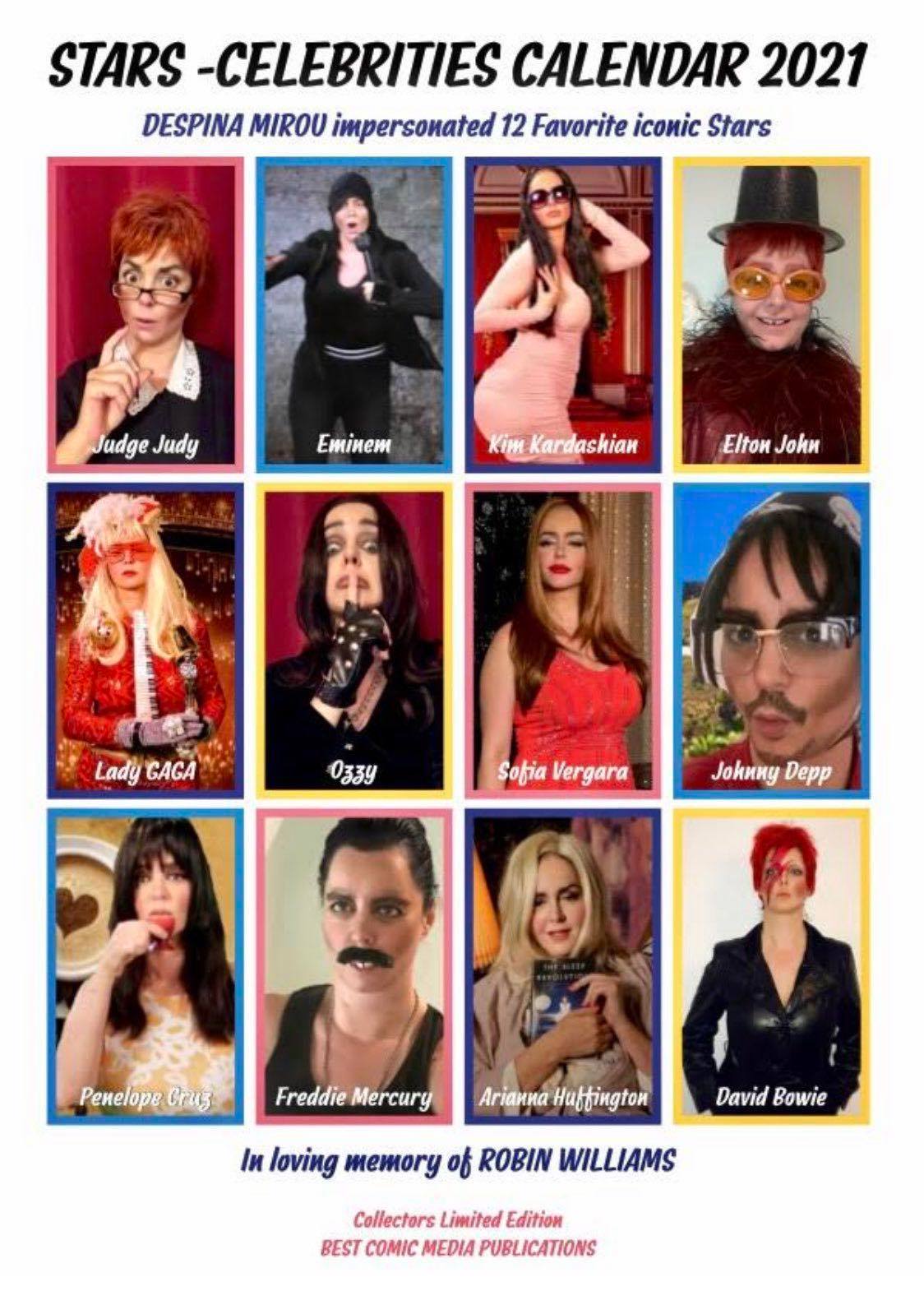 Τhe  2021 Lila de Chaves,the President of Heritage & Museums,Athens,Paris,NY In partnership with EMF,Council of Europe,honoring Despina Mirou as “The Head of International relations for Culture for heritage and museums globally”.Such as  : 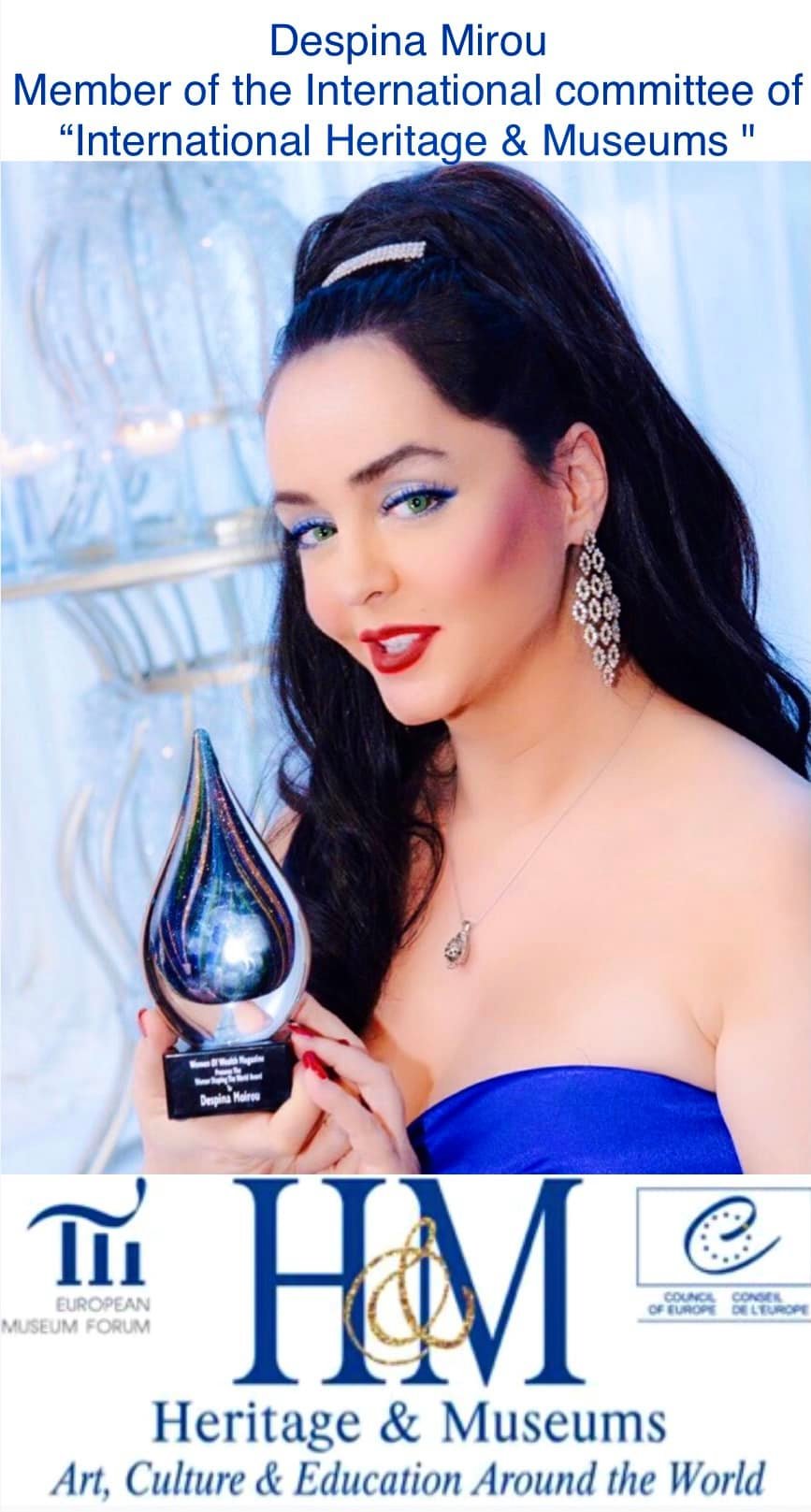 In September 2021 she played in The Odeon of Herodes Atticus theater, the character of Manto Mavrogenous  a Greek heroine of the Greek War of Independence.

In September 2021 she received an “Unesco Honoring Peace Award“,where her speech was for big composer Mikis Theodorakis,with whom she used to sang his songs few years ago.

1st Prize by the Literary Association of Thessaloniki ,Writer Diploma

US Congress award:EXCELLENCE in INNOVATIONS , 2012

Languages: English,Italian.Greek{mother tongue}
Skills: Script writer ,Novel Writer,mime-,Impersonation,Astronomer,Boat driver,Tango,Painting,Singing,Weapons training,
Commercial: ELITE CRACERS directed by STEFI productions,NUorganic cosmetics,Maison Mere clothing,
Radio: ”ALL THAT JAZZ” on Arena FM 89,9
Other Activities: Hosted the 1st Cyprus International Film Festival/Hosted the play”what you say about a spleaf?”Benaki Museum/ Presented the 1st Youth Festival :”Present Art”/Presented and coordinated the forum “Censorship in Art”/Presented & recited poetry of M.Vaskandira’s book”the thoughts of my Youth”/In 2011 she presented an award honoring the President of the Ministry of Health./ In 2017 she presented the winning film at the Greek Los Angeles Film Festival.

Mirou in 2019 advertising the clothing company “Opulence” based in Miami,the clothing company “Masson Mere” based in Italy ,the cometic company NUOrganic based in L.A, the ancient Greek scarfs “Kalfas” based in Greece.She  has modelled for “Optical corner” from  Valentino and Dolce & Gabbana sunglasses, appeared in an “ELLITE Crackers ‘commercial, she modeled for Designer” Michalis Aslanis” Haute Couture, for “Vasileios Kostetsos” Haute Couture, for “MED” swimwear, for the “Apple” clothes, and many more.

Philanthropy:Throughout her career ,Mirou has is an active member of “PATH“,or “People Assist The Homeless” ,an organization that helps homeless find shelter,food,health care,e,t,c.She is member of the “Amnesty international” ,supports the human rights around the world.She supports “Children with Autism“.Mirou spent many weeks to help children with Autism,she has visited a number of hospitals throughout the years.She donated several times her income from many theatrical plays of her to the Autism Children. Despina’s younger sister has Autism,so the actress is very sensitive, and providing unconditional love and support to her sister, and other children’s too. Moirou is actively involved in various humanitarian organizations like “The Children’s Hospital Los Angeles” and she is member of “Hand of Africa” supports to stop the blood Diamonds.

PERSONAL LIFE: Mirou had a long-lasting relationship with the Greek director Niko Nikolaidis.It was confirmed that while Mirou was in New York City during her  Stand Up shows, she dated the famous economist Nouriel Roubini. Till now they remain good friends. Later in LA the press and rumors insisted that she and Rami Malek were pair.  Mirou was in a relationship with the grammy winner musician, Frank Stallone, Sylvester’s brother. In the beegining of 2019, till 2020 she was spotted holding hands with Scott Page,and doing many appearances together in public events. Page is the legendary saxophonist from Pink Floyd,Supertramp,and Toto.